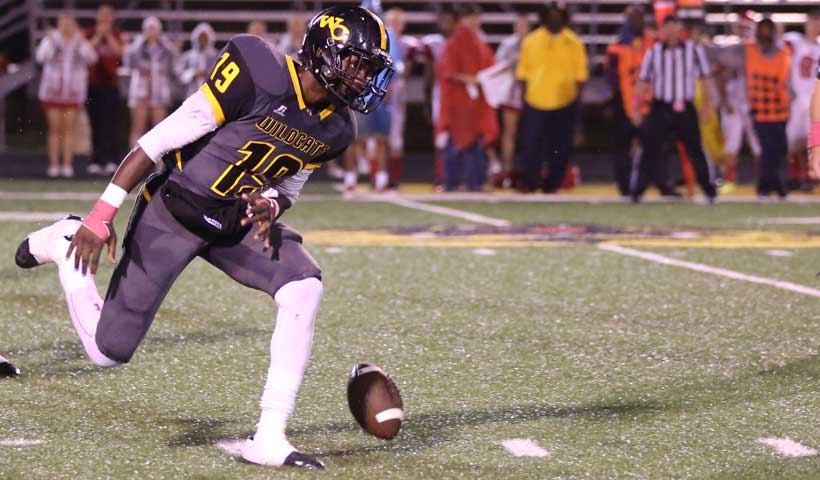 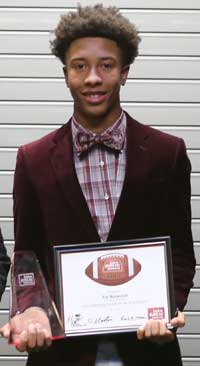 Switzer is long gone from the OU sideline, but the Sooners dipped into Arkansas again this year for a premier player. Fort Smith Northside cornerback Tre Norwood (6-0, 175) signed with the Sooners after starring both ways for the Grizzlies. Norwood originally committed to Louisville in the summer but switched to Oklahoma after visiting 10 days ago. He owned offers from Arkansas State, Memphis, Minnesota, Notre Dame, Oklahoma State, Tennessee, Wake Forest and others.

Opposing coaches says Norwood shuts down half of the field and forces opponents to go away from him. The Farm Bureau Insurance Awards Class 7A/6A Defensive Player of the Year racked up 35 tackles and intercepted two passes in 2016, leading Northside to the quarterfinals. Norwood ran for more than 800 yards and nine TDs while taking limited snaps at QB. “He's the best athlete we've had in at least a decade,” Northside coach Mike Falleur says.

Norwood isn't the only Arkansas native taking his football talents out of state. Joe T Robinson running back/linebacker Myles Fells and Bentonville kicker Hayden Moehring signed letters of intent and accepted appointments to the Naval Academy. Fells was selected as Governor at Boys State in June, and his leadership shined for the Senators this year, leading them to the quarterfinals. Fells, a finalist for the Farm Bureau Insurance Awards Class 4A Defensive Player of the Year, racked up 115 tackles, with 20 tackles for loss and four sacks. The playmaker also intercepted a pass, recovered one fumble and blocked three field goals. He ran 128 times for 928 yards and 14 TDs and caught 23 passes for 270 yards and seven TDs.

“Nobody wants to tackle or get hit by him,” Robinson coach Todd Eskola says. “He's a vicious tackler and literally inflicts pain.”

Hayden Moehring's brother, Bennett. kicks for Navy. Hayden was regarded as one of the Top 10 kicking prospects in the country after attending the Kohl's Kicking and Punt Camp and Chris Sailer kicking camps in the summer. Hayden Moehring committed to Navy in mid-January. He also had offers from Army, Arkansas State, Northwestern and others.

Army couldn't convince Hayden Moehring to attend West Point, but the Cadets lured Watson Chapel safety Michael Williams (6-2, 185). Williams (in top photo) racked up more than 100 tackles each of the past two seasons and led the Wildcats to the semifinals this fall. “He's so aggressive and hits like a linebacker,” Watson Chapel coach Jared Dutton says.

Fayetteville quarterback Taylor Powell (6-2, 210) signed with Missouri after leading the Bulldogs to 24 wins over the past two seasons. Powell capped his career with the 2016 state title. He completed 238 of 348 passes (68 percent) for 3,473 yards and 44 TDs this year and passed for 7,067 yards and 93 TDs the past two seasons. Powell, the son of Arkansas Razorback team surgeon Dr. Mark Powell, maintains above a 4.0 GPA and scored 30 on the ACT. He originally committed to Wake Forest but changed to Missouri after a January visit. Powell owned 17 Division I offers, including Arkansas State, Illinois, Indiana, Purdue, San Diego State, Vanderbilt and Washington State.

Bryant linebacker Marvin Moody (6-3, 220) signed with Tulane after the Green Wave offered him a scholarship in late November. Moody originally committed to UCA, and Arkansas talked with him through last week but never offered. Moody, a finalist for the Farm Bureau Insurance Awards Class 7A/6A Defensive Player of the Year, made 101 tackles, including 14 tackles for loss and two sacks. He also forced three fumbles and intercepted two passes. Moody (4.5 speed) made 23 tackles and blocked a field goal in a 14-point win Week 5 at Little Rock Catholic.

CAC receiver Josh Johnson (5-11, 175) committed to Iowa State in March and stuck with his pledge to the Cyclones after being courted by some Power Five programs. Notre Dame and Oklahoma State offered him in the fall, along with Indiana, Illinois, Kansas State, Memphis, Minnesota and Vanderbilt.  Johnson was hampered by ankle injury last season, but caught 53 passes for 813 yards and nine TDs.

Louisiana schools swooped into South Arkansas for some talent. Ashdown safety Tajhnick Bishop (6-0, 185) committed to UL-Monroe in August, while Lafayette County receiver Cualan Williams (6-3, 200) signed with Louisiana Tech. Williams had more than 1,200 yards and 26 TDs the past two seasons. He also had offers from UL-Monroe and Kent State.