HOGS: Notes from a hot scrimmage 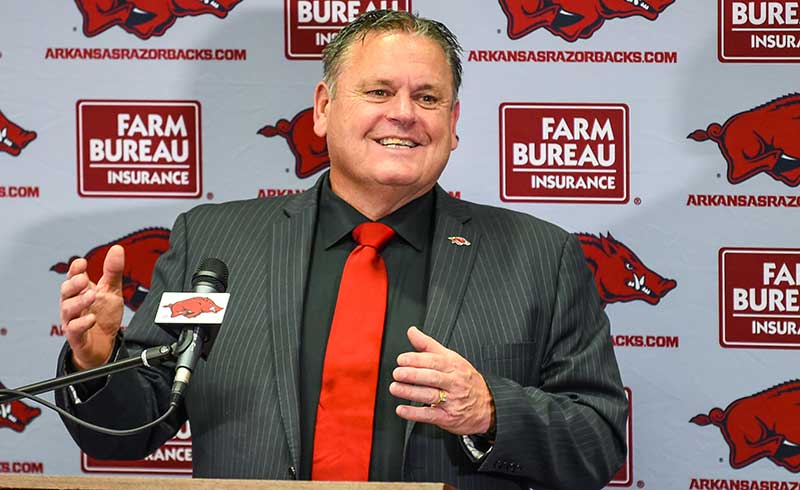 “First of all I want to talk to y’all about a very powerful meeting we had before practice on the situation in Kenosha, Wisc., with Jacob Blake,” Pittman said. “I am proud of our football team. Things that came out of that meeting were very beneficial to myself and to their other teammates. I’m 100 percent behind our football team and our players.”

Pittman said there will be a team statement next week and that post scrimmage media available players Isaiah Nichols and Trelon Smith would have statements.

Nichols, a third-year sophomore backup defensive tackle from Springdale, said: “We are going to use our voice. We’re here to bring people with us. We’re not trying to be negative and spread hate. We just want to be able to make a difference and spread our love to show how we have come together.”

Of the meeting, Smith, the third-year sophomore running back who redshirted last year as a transfer from Arizona State, said: “Everybody got a chance to speak their mind and what was important to them. We're going to create a movement, just to show the people in the state of Arkansas and around the country that we care about the things going on in today's society with the police brutality, racial profiling and things like that.”

Both players said they appreciate the support first-year head coach Pittman and the staff provide.

HOT SCRIMMAGE
The 120 plays in full pads in 90-degree heat showed even a hard summer of weight room and drills don’t completely translate to the field. The scrimmage included 50 plays with the first and second units, Pittman said.

“There's no amount of training that can put you in football shape,” Nichols said.

“I would say today was definitely one of the harder practices I've been in,” Nichols said. “It was very physical, and I like that a lot. Because with good teams you need to be physical in the trenches. They don't call it the trenches for no reason.”

“Feleipe, it was probably his most accurate day,” Pittman said. “KJ did a little bit more with his feet. I thought both played well. We missed a few throws that we have to make because every down is so critical. But I thought both of them went in the two-minute drive and went down the field and did a good job.”

Pittman said the receivers “dropped some passes in critical situations, but they also turned around and made some magnificent catches.”

“I liked the way we chased the ball early,” Pittman said. “We’re just not in good enough shape yet to play. I don’t know the scrimmages they’ve had in the past, but this was a very physical, long scrimmage.”

HARD WEEK AHEAD
The Hogs appeared to get through Friday without significant injuries, Pittman said.

Noting there’s time later to refresh for the Sept. 26 opener against Georgia, Pittman said the Hogs are tired and sore and apt to stay that way. They’ll practice hard Monday through Wednesday and wage their final preseason scrimmage next Friday.