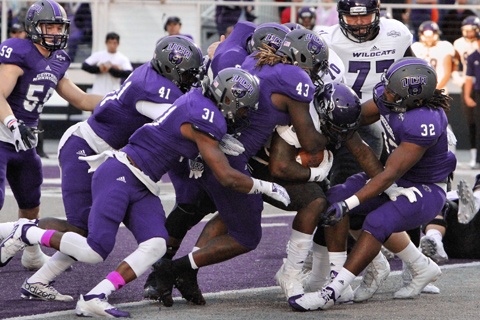 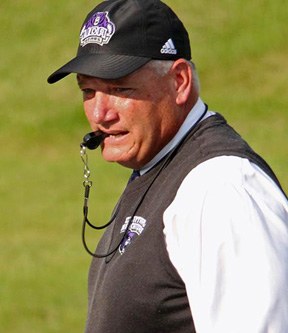 THE COACHES
STEVE CAMPBELL went 6-6 in his first season at the helm of the UCA football program, then went 7-4 with a 7-2 mark (tied for 2nd place) in the Southland Conference last season. Campbell is 128-40 overall record as a head coach, including an NCAA Division II national championship at Delta State in 2000.

CHRIS HATCHER is in his second season at Samford and has a 7-5 overall record. Hatcher, former player and head coach at Valdosta State of the Gulf South Conference, has a 128-62 career record in his 17th season as a head coach. Hatcher, Samford’s 36th head football coach, coached previously at Murray State, Georgia Southern and VSU.

THE SERIES
The Bulldogs lead the overall series 1-0 after last year’s 45-16 victory at Seibert Stadium in Birmingham, Ala.

LAST MEETING
The Bulldogs outscored the Bears 17-3 in the second half to pull away to a 45-16 victory in the season opener at Seifert Stadium a year ago. Samford finished with 536 total yards of offense (7.9 per play), while UCA had 462 (4.5 per play). UCA ran 103 offensive plays compared to 68 for Samford. UCA senior QB Taylor Reed set a school record with 43 completions (in 63 attempts) and threw for 312 yards but no touchdowns. Junior Desmond Smith caught 11 passes for 75 yards, while junior Jatavi­ous Wilson caught 9 for 82. UCA finished with 12 penalties for 139 yards while Samford had just 5 for 56.

UCA rolled up 554 yards of total offense and averaged 6.8 yards per play. The Bears’ defense held the Huskies to just 242 yards, and just 90 yards in the second half.

NEXT WEEK
UCA gets its third consecutive home game, and second Southland Conference game, next week when it hosts the Northwestern State De­mons at 6 p.m. on “The Stripes.”

It will be the second conference game of the season for UCA (1-0) and first for Northwestern State. The Bears lead the series with the Demons 5-3, including last year’s 49-21 victory in Natchitoches, La., and a 58-35 win in Conway in 2014.

OFFENSIVE FIREWORKS
UCA and Samford both showed off high-powered offenses in their opening games. The teams combined for 1,127 yards of total offense and a combined 133 points in their respective victories.
UCA averaged 6.8 yards per offensive play and Samford was at 5.9. The Bears scored eight touchdowns and the Bulldogs scored 11.

Hildebrand, from Bossier City, La., completed 81 percent (17 of 21) of his passes for 2338 yards and two touchdowns, and ran for 52 yards and another touchdown. Odum, from Millington, Tenn., had 6 tackles, including half a sack, and blocked a field goal that Tyler Williams returned 54 yards for a touchdown.

Freshman RB Carlos Blackman from Gosnell was named an honorable mention FCS Freshman of the Week after rushing for 98 yards on 15 carries in limited second-half action.

Also, the blocked field goal and return was named the national NCAA FCS Play of the Week on Tuesday.

HOME SWEET HOME
The Bears, who did not play a home game in 2015 until October, will not leave the state of Arkansas this season until October 1.

The Bears have three consecutive home games to start the season, then travel two hours to Jonesboro, Ark., to take on the Arkansas State Red Wolves on. Sept. 24. ASU was was a former member of the Southland Conference (1964-86) and is now in the Sun Belt.

The Bears begin their sixth season on “The Stripes” at First Security Field at Estes Stadium and have a 24-5 record since the installation of their unique purple and gray striped playing surface.

Through two+ seasons on the turf, the Bears were a perfect 12-0 on “The Stripes.” Losses to McNeese State and Southeastern Louisiana in 2013 were the first two since the turf went down in 2011. The Bears did close out that season at home with a rousing 49-31 victory over No. 9 Sam Houston.

The turf is GeoSurface, the same that was put down on UCA’s baseball field (Bear Stadium) and softball field (Farris Field) over the past five years. The unique field features alternating purple and gray panels every five yards, with a large midfield logo and two large logos behind both end zones. UCA was the last team in the Southland Conference to change from natural grass to artificial turf in 2011.
UCA will play five home games in 2016, including the first three of the season and then one each in October (22) and November (12).