HOGS at Mizzou ppd until Dec. 19 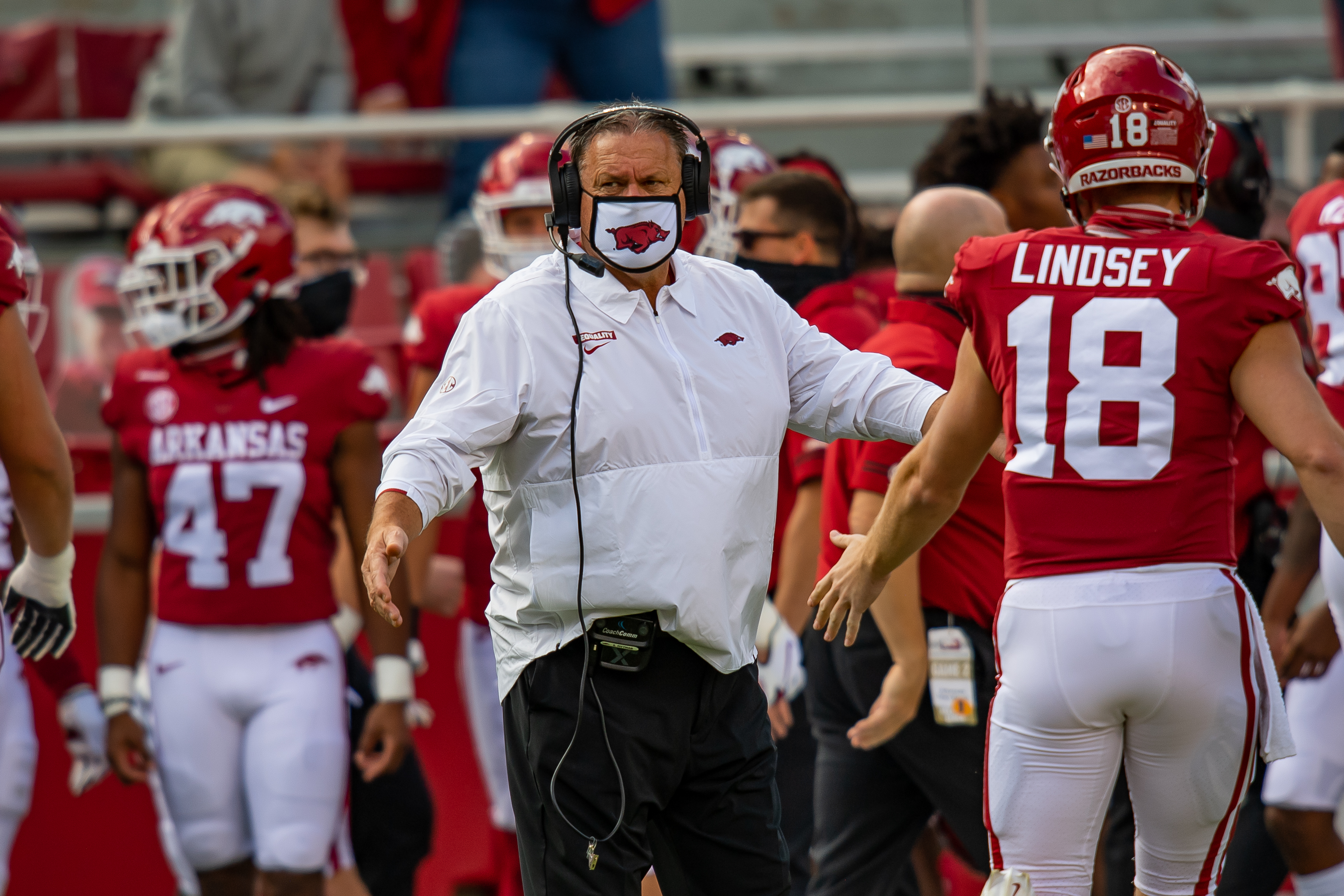 FAYETTEVILLE - Because of covid-19 coronavirus positive tests, contact tracing and existing quarantines within the Arkansas program, the Arkansas at Missouri game scheduled for Saturday has been postponed, the SEC announced late Monday afternoon in Birmingham, Ala.

For the 3-5 Razorbacks, whose available numbers after last week’s covid-19 tests were thin but doable for Saturday’s 27-24 loss to LSU, it marks the first postponement of the season.

Missouri, 3-3, has twice had to postpone games because of covid issues and will make up one of those Saturday by playing host to Vanderbilt.

Vanderbilt was supposed to play Tennessee Saturday, but Tennessee had to postpone because of covid-19 positive tests, contact tracing and quarantines.

According to Monday afternoon’s SEC announcement released from Birmingham: “The opportunity to reschedule the Arkansas at Missouri and Tennessee at Vanderbilt games will be evaluated. The rescheduling of games on the remaining SEC football schedule will include December 19 as a playing date.”

For now, Dec. 19 would be available to Arkansas and Missouri.

On the 10-game entirely SEC schedule revamped last summer, the Razorbacks were to conclude their season with Alabama on  Dec. 5 at Reynolds Razorback Stadium in Fayetteville.

On his Monday morning press conference, Arkansas coach Sam Pittman was wary of the Razorbacks’ covid-19 numbers with Sunday’s tests results not back and two more tests forthcoming.

“With the tests, with injuries, concussions, there's so much going on,” Pittman said. “Can we get a guy or two back? Sure. I think the timeline has been that we could possibly get 1-2 guys back. But then you've got to look into injuries, yesterday's test and all those things. Certainly our numbers aren't any better than what they were Saturday.”

Apparently the numbers went up and did not meet what is specified by the SEC Medical Task Force.